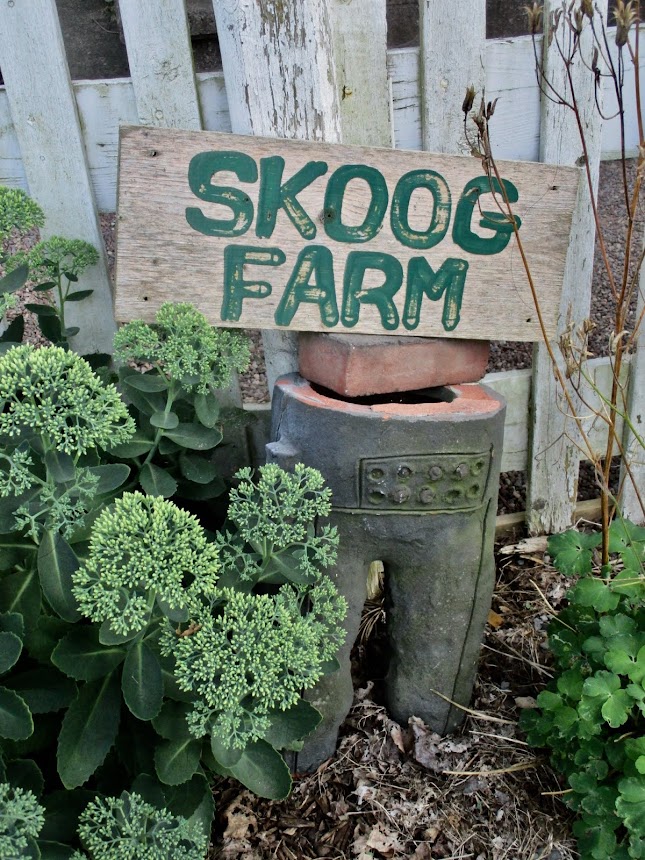 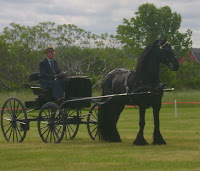 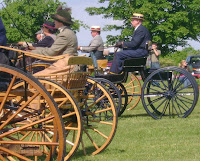 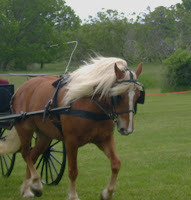 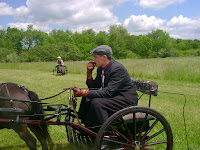 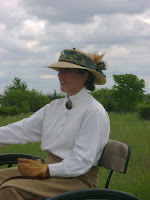 ... how I spent my evening....  While Gary and the girls went down to Jenny's for dinner, I attended the annual Dinner/Auction presented by the Driving Society.  It is a great way to raise a fair amount of money in a short period of time.  Every June they hold a Driving Competition
at Northampton Park, as well as several pleasure drives and fun shows.  I don't know if I will ever get there! 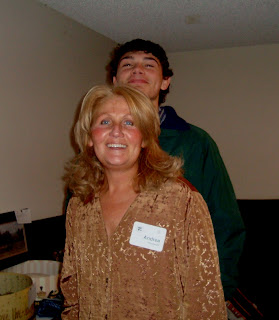 This is my good friend Andrea with her son Alex (who wants to tower over her).  In April, I will be taking my POA (Abbe) to her so she can be trained to drive.  I have been pussyfooting around long enough...will spend the bucks and get the job done.  Now I need to find a cob sized
cart. 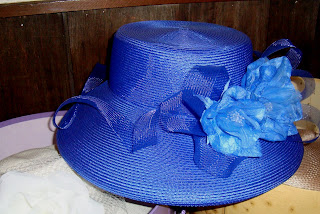 This is one of the auction items....hats are a necessity when you are competing in a driving show.  Some of them are very fancy. 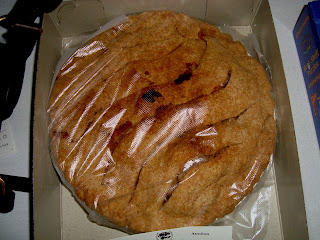 Every year Ruth F. bakes two apple pies...one with real sugar and one with splenda.  Several years ago some very generous people started paying a fortune for these two items.  This year one went for $135 and the other for $300!  It is definately the highlight of the auction. 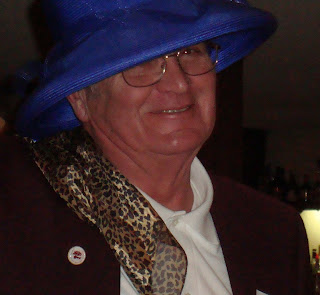 Bob modeling a hat and scarf... 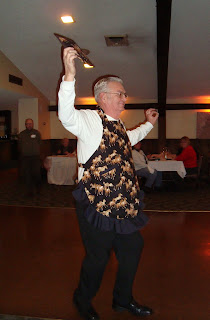 Bob modeling the apron I bought! 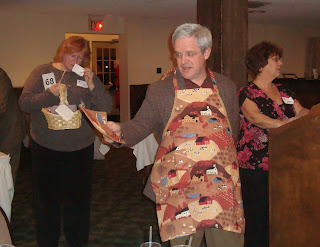 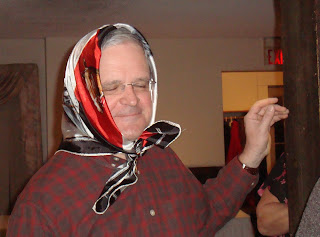 As you can see, these volunteers really get into the spirit of things...(his wife bought the pie for $300).  I think they bought one last year too. 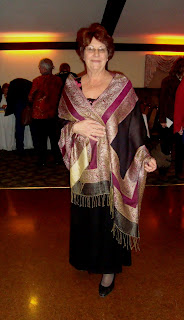 This is Laurie N. She is the President of the Driving Society and has been for several years.  She drives a very handsome...BIG Morgan named Torie.  I will have to post a photo of him