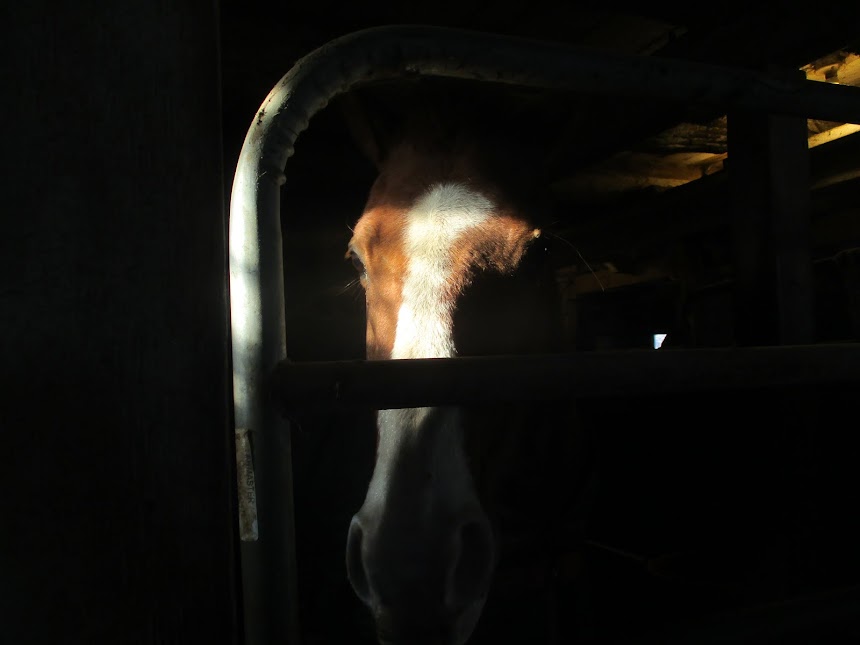 FROM MORNING 'TIL NIGHT 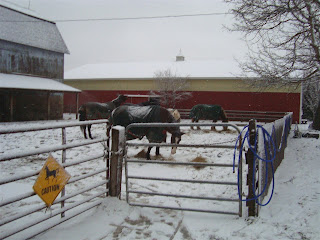 It was raining when I woke up, and snowing when I went out to the barn.  They say it hit 50 degrees in the middle of the night, so I was hoping that my hose was still defrosted so I could fill up the water trough. 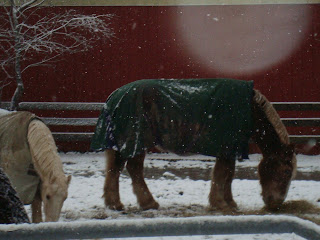 The snowflakes were big and fluffy and lucky for me, the hose was not frozen. 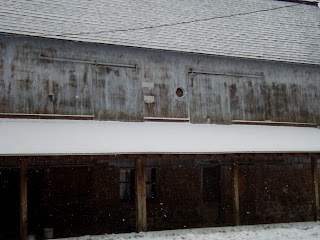 Once again I put the majority of the hay under the overhang...too bad the horses prefer eating out in the paddock. 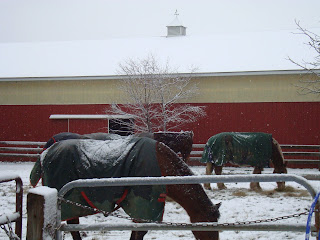 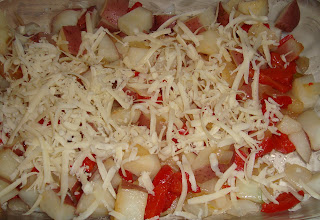 Before I went out to do evening chores, I started on dinner.  I par boiled some cubed potatoes, sauted some onions and roasted red peppers....added a little cheddar cheese... 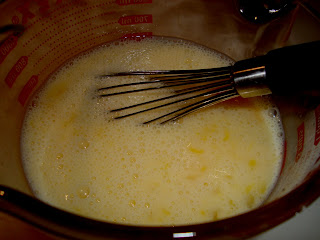 ...then I beat up some eggs with milk and poured it over the top.  Put it in the oven at 350 degrees and baked it for about 25 minutes.  Let it sit for a few minutes then served it with a side of bacon.
We had apple bread toasted with some jam made from our own strawberries and rhubarb.  Our drink was fresh squeezed orange juice....breakfast for dinner....and it tasted great. 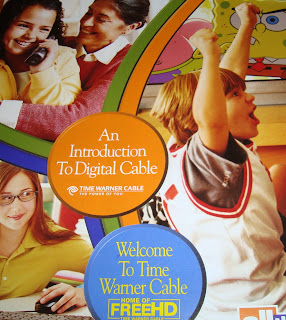 Late last week I knuckled under and bought a small flat screen TV....what was I thinking?  For years we have had the most basic cable and today I signed up for a 6 month "deal" to see if I like high definition!!!!  I must say, I have missed the food channel, the Daily Show and a few others.
Gary, of course, thinks I am nutttts!  At 4pm, the cable company arrived on the scene and hooked us up. 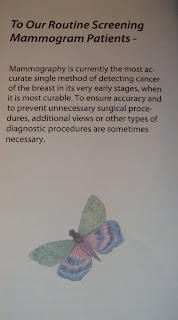 At 10:30 this morning I drove into Rochester for an appointment to get a mammogram.  It is a large and very well known clinic.... people come from all over the country because of it's reputation.  After you sign in, they give you a robe and direct you to a large waiting area.  I swear, they were calling names every 30 seconds.  You have a choice of remaining there for the results which takes about two hours (the mammogram is read by two different Doctors).  Believe me, it was a long two hours.  I took my book "Izzy and Lenore" by my new favorite author, Jon Katz...and struck up a conversation with the woman sitting next to me.  She too, was a horse person (I just knew it by the boots she was wearing).  A year ago July, our youngest daughter was diagnosed with breast cancer and I felt like I was waiting for another shoe to drop.  My news was good and it was enough to make me cry on the way home.  I am so grateful.  By the way, after a double mastectomy, our daughter is doing very well and she looks great.  You may have seen her pictures in my journal. 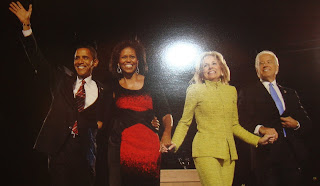 Gary went to Erie, Pa. to go door to door for Obama (as did our daughter two weeks prior) and today he received a thank you postcard with a great message.  We look forward to January 20th and a new beginning....as challenging as it is going to be. 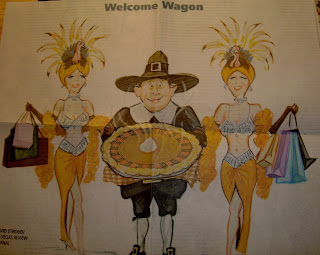 We got this in the mail from our daughter who lives in Nevada.  It was a cartoon in the newspaper of the "Welcome Wagon" Las Vegas style.   Only in Las Vegas.... 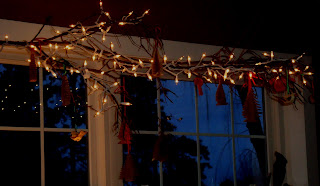 For many years we have not cut down a tree for Christmas.  Instead, we take a branch and put on twinky lights and ornaments.  I also have twinky lights in my studio and living room.  Our holidays are very simple.  Not a lot of presents....just a lot of people on Christmas Eve for a huge feast....friends who don't do anything that night.  It has been around 30 people and I can't think of another way I would prefer to spend that evening.

This is what I am doing tonight.  PJs, the couch, a fire and the remote....I have to learn how to use it!