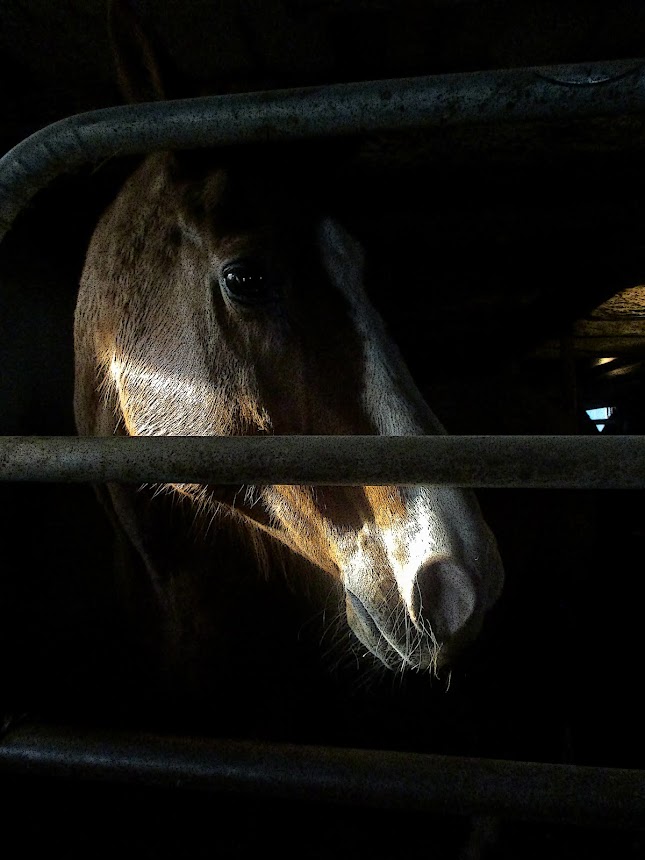 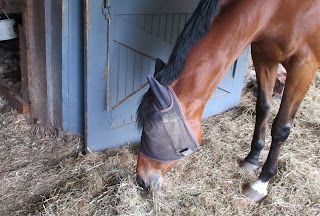 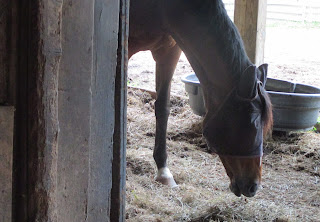 On buggy days, the girls like to stay under the shed roof or in the barn. 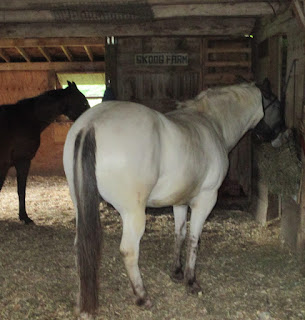 After chores I decided to do some mowing.  The back pastures were out of
control and dry enough..... 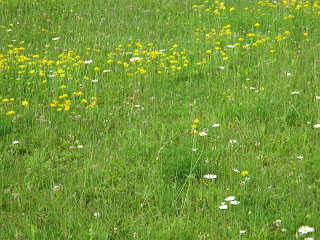 much improved when I was finished. 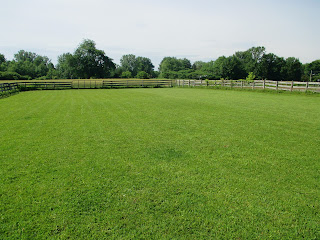 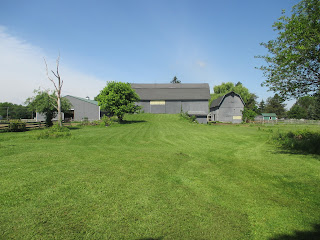 The North pasture is still too wet.

Had a computer problem that started with a hold on my account when I tried to go on Netfix.  It turned into a disaster.  DON'T EVER GOOGLE TO GET THEIR PHONE NUMBER!!!!! unless you are sure you are on their authentic site.  I called a phone number and they tried to take me to the cleaners, getting on my computer to check my settings. Ultimately, they tried to scare me into going with some technicians (Netflix Technicians....not) that could repair
the problem for $350!!!!!!!!!!
Of course I said no deal and reported them to the real Netflix.  In the meantime, it scared me as they implied I was vulnerable to hackers and did I have any online banking.  Some people actually fall for this.
Real cons.  Beware.

Maggie and Angel had front shoes put on today...their heels were way down. 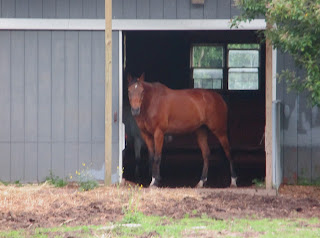 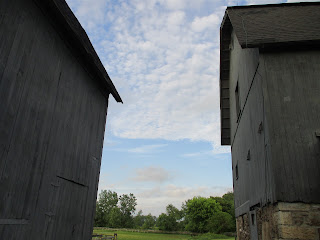 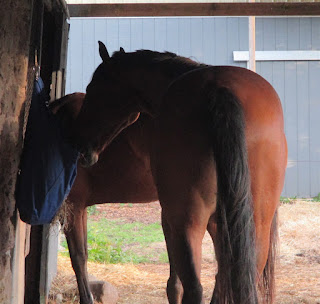 Tucked them in and 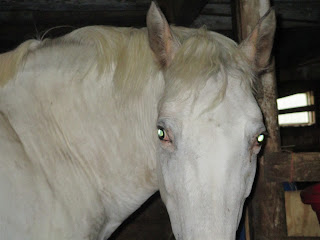 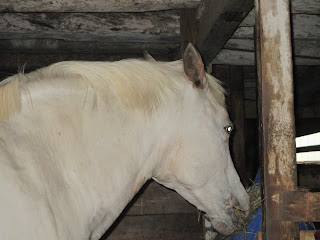 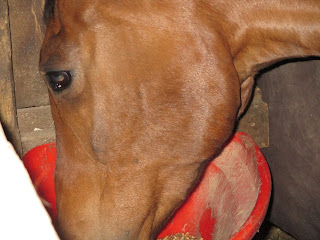 we had a very late dinner. 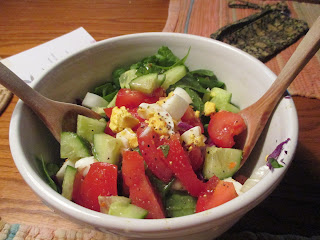 Sloppy Joes, corn on the cob and a nice salad. 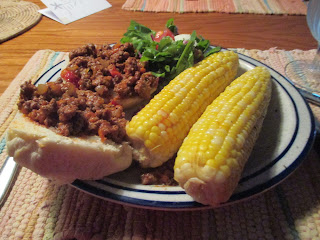 Catch ya later.
Night all.

My guys like to stay in the sheds under the ceiling fans on buggy days.

I can't believe what cons are out there either. I feel sorry for the older people who lose all their savings to these cons. You really have to be on your toes these days.

I had someone call me the other day saying they'd gotten some kind of notice about my computer, and they needed access to it. I didn't fall for it either, feel badly for those that do.

Hope your week ends on a good note -- Your meal is one of my favorites!

Computer fix-it guys, that suggest you have a problem, there isn't one, but let them in and it all starts. Grass looking so good when mown, too much rain here to get ours done any time soon.

I remember seeing that scam on the news before...it scares me that people can access your computer, your TV, etc. all without even being in your home. You start feeling paranoid that maybe they have access to your webcams or your Kinect motion sensor. By the time you learn of one scam, ten more have been put into motion!

Wow I just read this scam on the news feeds I am so glad you are knowledgable and did not fall for it. There are many who would and have been fooled. Thanks for the warning Lori. HUGS B

Scams abound, my sister in law said she called Microsoft and then someone claiming to be Microsoft called her back.
I wanted to ask her why she did that, she has an Apple Computer.
But they wanted into her computer I guess, which she never turned on.
She would have been ripe for a scam.

Spending time on the phone spending $$$$$ or with horses. Not even close.