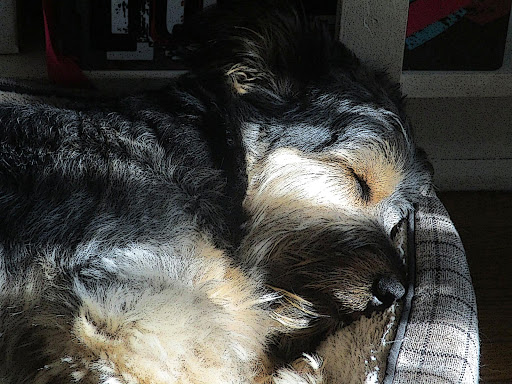 A WEEKEND ADVENTURE WITH JENNIFER.... 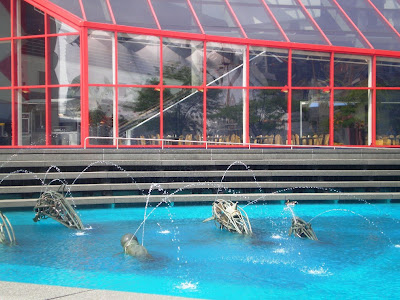 Jen and her friend Jamie headed out for Virginia on Friday morning. 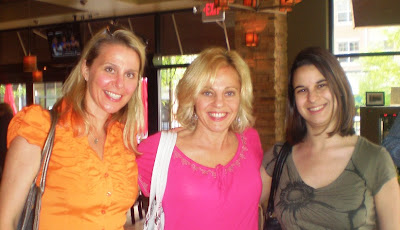 They spent the night with one of Jen's college roommates.  She and Lara have kept in touch and it was a short but sweet reunion.

On Saturday, they had tickets for the infield at the Preakness in Baltimore. 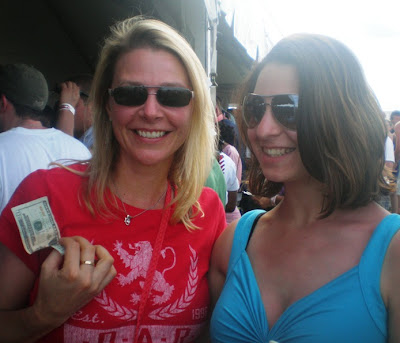 I wanted them to place a bet for me....Animal Kingdom to show.  Did they?  No, instead they placed it on win!  Oh well. 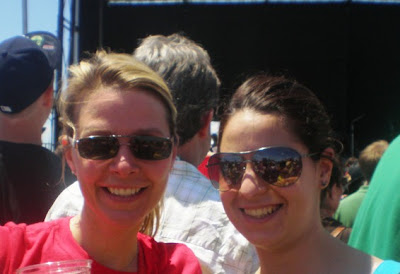 It was a beautiful day for the race. 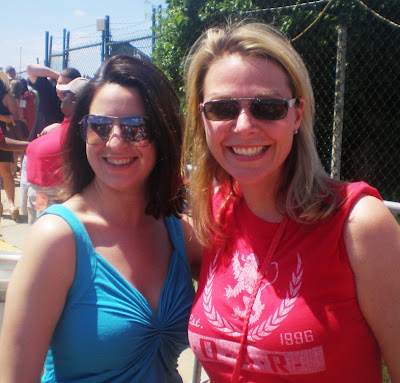 Here's the real reason they went...not to see the race (although they loved it), but to see the bands playing all day on the infield. 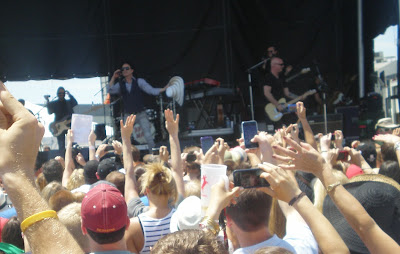 What do I know?  Think the band they went for was "Train" or something like that. 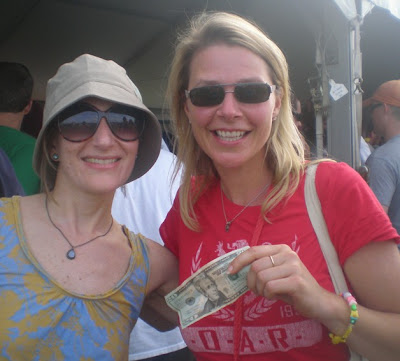 Jen had a 2nd reunion with her friend Sharon (who lives in Baltimore).  They worked together at Chautauqua back in '92.

Meanwhile, Shackelford made his move and won the Preakness. 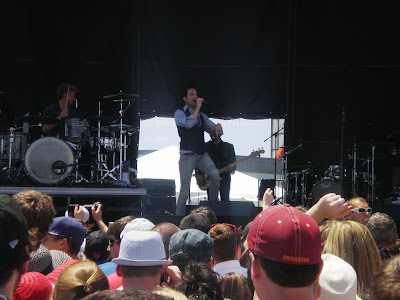 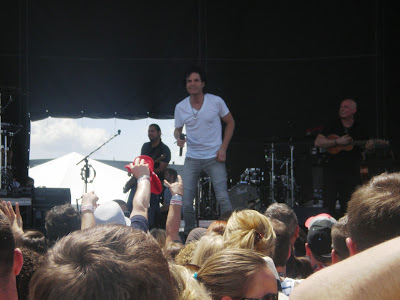 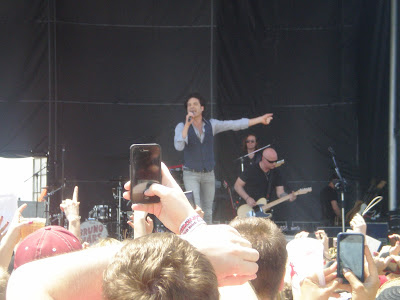 Down to the harbor before heading back on Sunday morning. 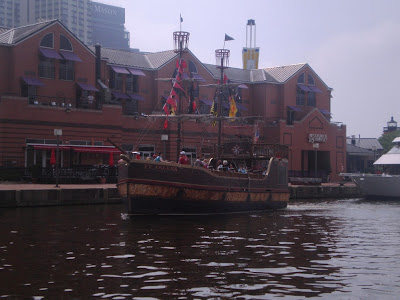 Breakfast was eaten at Miss Shirley's Cafe in Baltimore before they left for home. 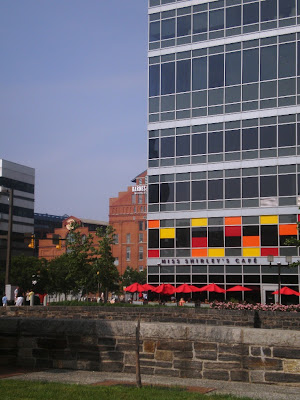 Ya see this simple little sandwich?  Jen said it was one of the best things she has ever eaten.
Pumpernickel toast with scrambled eggs, fried green tomatoes, avacado, cheddar cheese and bacon. 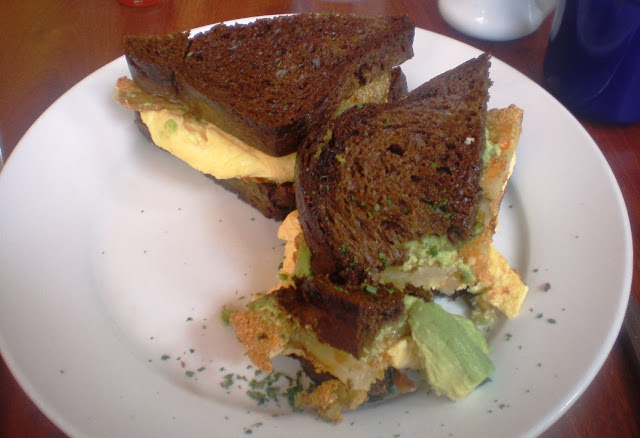 A nice getaway before getting back in the day to day groove.
Posted by Lori Skoog at 9:53 AM

Looks like a wonderful time..and I'm suddenly starving to death after that sandwich photo!