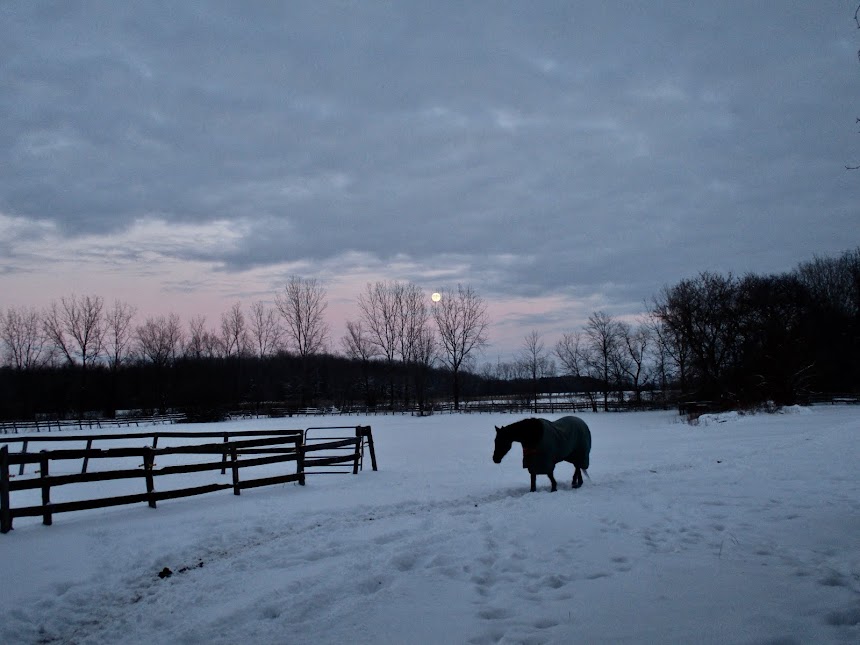 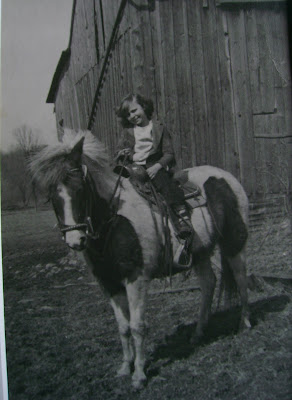 Except for when I was 5 and 6, I spent most of my life on Chautauqua Lake.  The water was pretty shallow at our first house and we had a raft anchored out from our dock.  I remember my Mom packing a picnic lunch and rowing us out to there to eat.  That was when my Huckleberry Finn life really got it's start.  Even then I was a horse crazy person and constantly wore cowboy boots, chaps and a fringed jacket.  I had two toy guns and used to run around the neighborhood playing Cowboys and Indians.  When I got a little older, we moved from Sherman's Bay to Maple Bay and my parents bought a fishing camp.  We ended up with nine cabins and several boats that we rented out.  Whenever it rained I was the official bailer.(By the way, I was very good at rowing).  During the summer I spent part of everyday water skiing and ended up being a slalom skier.  I learned how to drive all kinds of boats that came to our place so the husbands could go have a chance to ski (none of the wives knew how to drive a boat).  In return, I got to ski at least once almost every day.  I would wake up at 6am, put on a swimming suit, grab a towel, and go down to the dock to finish sleeping.  The sweat rolling off my body would wake me up and I would fall into the water to cool off.  My brother and I used to go out in the dark after it rained and pick night crawlers in our bare feet (easier to feel them) and I became a fisherperson.   Every year I got muskie tags and never caught one during my career on the lake.  When the Calicos were running, I could catch a bushel!
By the time I was 10 or so, I met the family across the street and they had horses...actually, they were big ponies.  Lady and Ginger.  It was not unusual for us to walk several miles to the farm where they were boarded.  I rode Lady and Sandy rode Ginger.  Lady would lower her head so you could get behind her ears.... then she would lift up her head and you could slide down to her back.  Those were the days.  Some other friends had horses and we would go on trail rides through the woods. We thought it was pretty "cool" to grab a low branch and let the horse go ahead without us.  No adults were there and I don't think they ever found out.  Somehow, we always came home with the horses.  It was really a storybook childhood.
The photo is of me on Lady.  Notice that I could not reach the stirrups.  I ended up riding bareback most of my childhood, and never got my own horse til I was 37.  Now, in my doesn't seem so, old age, I am still obsessed with these creatures.  Did you catch the jacket I was wearing?  Whenever I grew out of them, my Uncle would get me another one.
Posted by Lori Skoog at 3:20 PM