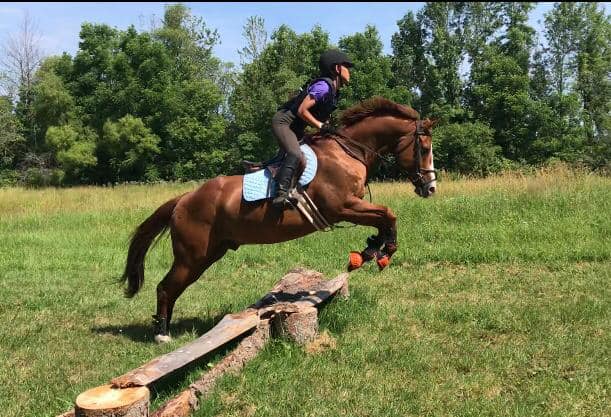 LOVE A RAINY DAY ONCE IN AWHILE....

It was raining this morning....off and on. 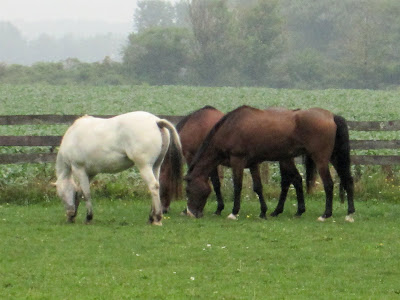 Gary actually helped me with a couple of the stalls!  I was shocked. 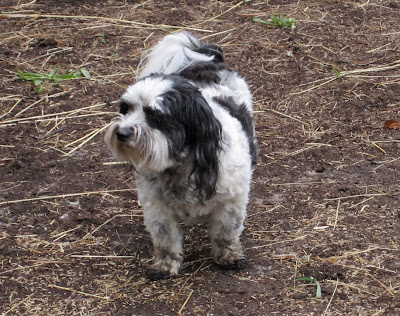 Phoebe and Gucci did what they could to get their feet dirty. 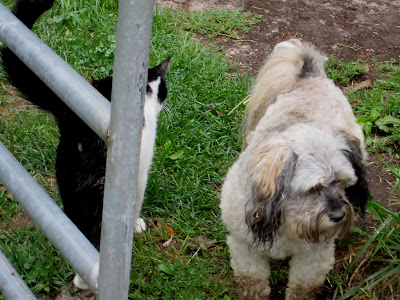 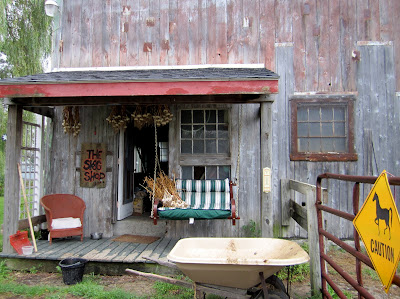 Newbie was watching from behind the queens chair...
I went down to Wegmans to pick up a few things and Jen pulled in at the same time.  It is truly the "hub" in Brockport.  We ran into many people we knew, and our conversations covered a lot of territory.  Of course Jen was in a nice dress and I was still in my barn clothes.  She just puts up with me and never says a thing.
Got home and started making another batch of sauce.  A perfect day for it. 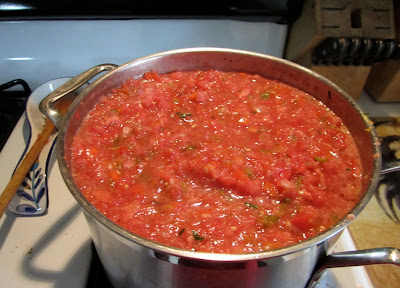 Then I started on some cold cucumber soup...the same soup that Amy served us when we went to her house for lunch.  She followed the recipe and I free lanced a little.  Don't know if I can save it.  The red onion it called for was very strong and it dominates...should have tuned in when I was mincing it.  Cucumbers, scallions, red onion, Greek Yogurt, half and half, salt, pepper and dill (ends up in the food processor but not long enough to get rid of the chunks of cucumber that were chopped).  Before you serve it, you add a ton of fresh squeezed lemon juice.  We shall see.  I hate following recipes...that's why I'm not a baker (chemist).  I'll show it to you tomorrow when we do a taste test. 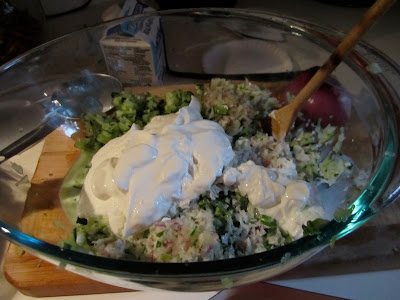 Gary had duty at the Welcome Center and I was totally unproductive.  Took the newspaper into our bedroom and attempted to read it.
A little after 5 I went out to do evening chores.  Still raining off and on. 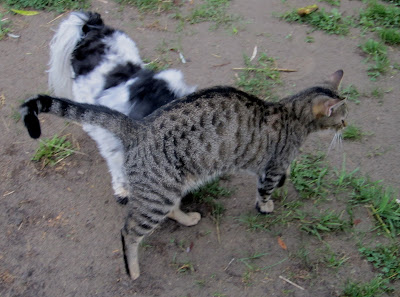 I have not seen Sophie for days, but Lily was in her cozy bed. 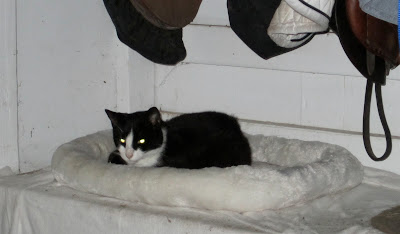 Newbie was up on the 2nd floor of Gary's barn.  I think Sophie hides there too and just comes out at night.  They are eating the food in the tack room.... 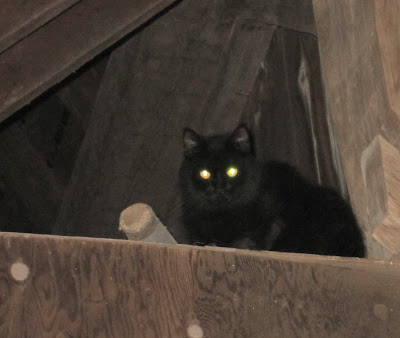 Once again, Masterpiece chose to stay inside while the rest of the crew went to the pasture. 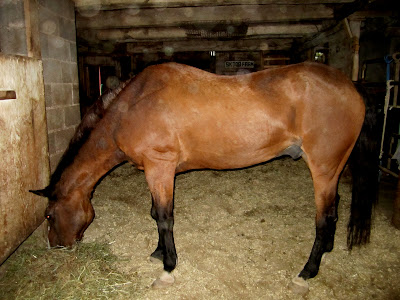 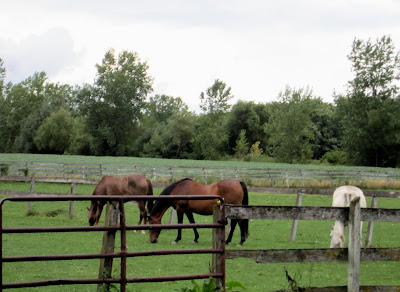 Here's that yucca plant I photographed all through the winter.  It's looking pretty healthy. 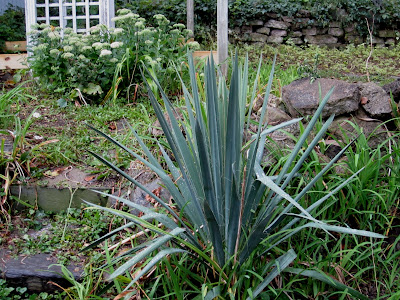 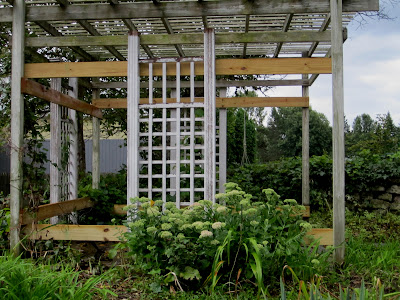 Every day I have been pecking away at the pergola garden....I've cut back or mown all of the day lilies and the snow on the mountain. 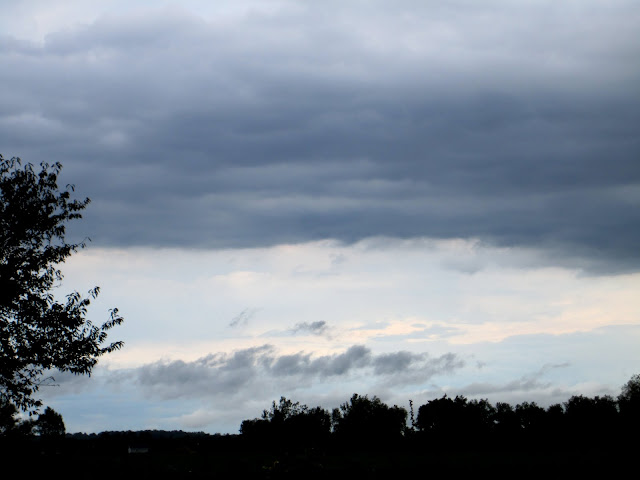 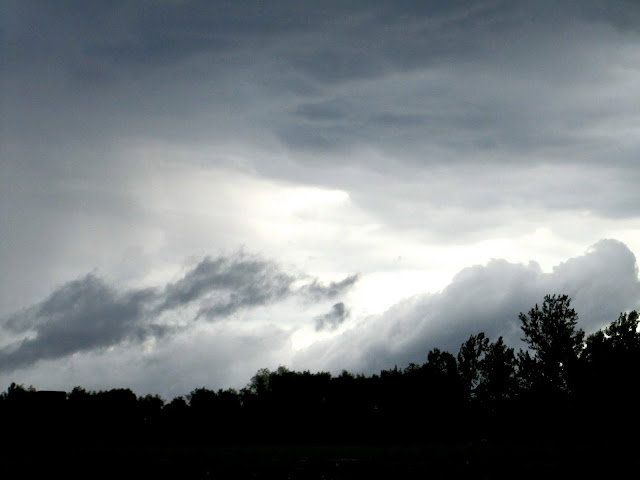 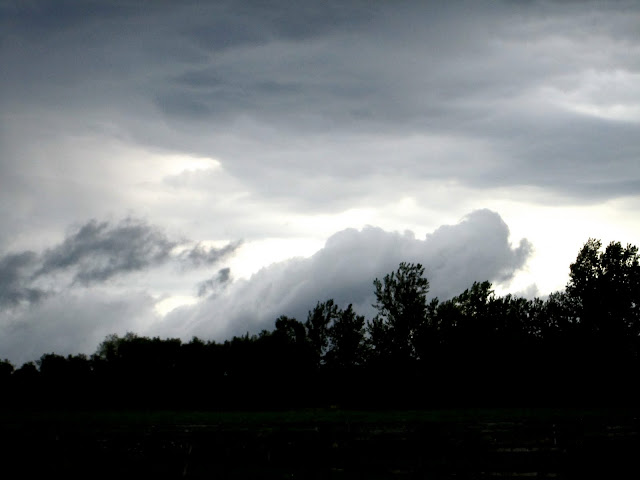 Dark skies...more water on the way.
Have to go put the ponies in pretty soon.
Night all.
Posted by Lori Skoog at 8:06 PM